Congratulations to Oliver McIntyre who has been shortlisted in Pearson’s 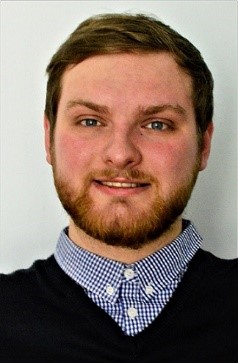 . These are the equivalent of Oscars for teachers and are highly prized so it is all credit to Oliver that he is a finalist in the Outstanding New Teacher of the Year category, after just seven months of teaching.

Oliver teaches history and geography at Hillcrest Shifnal School in Shropshire, an independent school for boys and girls aged 5-19 with Social Emotional and Mental Health (SEMH). He excels in engaging the school’s students – helping them to transition smoothly to secondary school or into a job.

He was nominated by his line manager Benjamin Cooper, Head of Academy Faculty, who said, ‘Ollie has everything you want in a setting like ours; fantastic relationships with students, an engaging and unique teaching style and importantly he’s someone who realises the importance of working as part of a team.’

Ollie can empathise with the students and see things from their point of view because he struggled at school on account of his ADHD, ADD and other issues.

‘While studying for my PGCE I realised that I most enjoyed working with students who struggled in lessons due to SEMH issues and learning difficulties and had behaviours similar to mine when I was a younger. I felt that I was able to make more tangible progress with these students than some of the other teachers.’

‘The main aspect of the job that I enjoy is helping the students achieve something’ said Oliver. ‘ I find that they often have low confidence in their own abilities and believe that they will be unable to understand or accomplish tasks. My favourite part is when they realise that they’ve got the answer right and we celebrate and praise their success.’

The winners of Pearson’s National Teaching Awards will be announced in June at a glittering awards ceremony televised by the BBC.

ATEC is coming! Barclays are sponsoring an Assistive Technology Exhibition and Conference (ATEC) to be held at Jury’s Inn in Oxford on May 17th.

It is fast becoming a Go-To event for those who assess and support people with disabilities in universities and the workplace and more importantly for people who need assistive technology for work, for study or to communicate with others.

here is loads of good stuff for people with dyslexia: Debra Charles is doing one of the keynotes. She is
CEO of her own smartcard technology firm Novacroft, the company behind the Oyster Card, and believes that her success is because of, and not despite, her dyslexia.

Find out about the latest versions of Claro and TextHelp, mind mapping from Matchware and Inspiration, The C-Pen Reader which reads text from print books and Notetalker that lets users capture information from a lecture or a meeting.

As someone who uses Autocorrect on Word and types entirely in abbreviations, I am keen to see Global AutoCorrect which works with all programs from presentation software to emails, the web and social media. It frustrates me when I have to type every letter on Facebook. Maybe now I won’t have to.

There is some whizzy new technology. David Finch from Star College in Gloucestershire will be talking about a project called Ember. The idea is to reduce employer or mentor support and help trainees to work more effectively and more independently.

There is also an assistive robotic arm called JacoTM developed by The ACCESS Research & Development Department at Hereward College with charitable funding from Npower.

I am also keen to hear Abi James of University of Southampton and BDA New Technologies Committee. I often wonder why some people embrace technology while others reject it from the off. I used to think it was all about training and support in the early days, now I am not so sure. Abi is researching this area and will be leading a discussion on the role of professionals to improve the take up of technology.

Caroline Hoile, a qualified music therapist and teacher, is now one of the foremost children’s songwriters in the UK. Her company, Grumpy Sheep is based in Newcastle upon Tyne and began publishing in 2000. Her musicals, Christmasnativities and songbooks go off to primary schools and nurseries throughout the UK and abroad, as well as to music stores and bookshops, church groups and theatre groups, and are performed by thousands of children each year.

Over the years Caroline has noticed that her musicals give children the chance to develop and show a different side of their characters. They have to work individually and /or in a team. Taking part in a musical gives them an opportunity to dance, act, speak in public and sing,’ said Caroline. ‘Apart from the obvious musical skills children develop, good songs are a great teaching tool – and because they’re having fun, children don’t realise that they are learning!’

Helen Stokoe is head teacher at Stannington First School in Morpeth, Northumberland. She is something of an expert as her children performed the world premiere of Squirrels! the Musical. This is entirely appropriate as she explained: ‘We have red squirrels living in the churchyard which is opposite the school.  The squirrels have also been seen in the playground and the children keep a tally chart recording squirrel sightings.’ The school was working with Katy Cook of Red Squirrels North East, a conservation partnership, to increase their knowledge of all things squirrel just as Caroline Hoile decided that this would be an ideal subject for a Grumpy Sheep musical.

‘We have used numerous Grumpy Sheep plays before, including ‘The Most Disgruntled Snowman’ and ‘The Hoity-Toity Angel’ and were very excited at the prospect of being the first school (in the world) to perform Squirrels! the Musical,’ said Caroline. ‘On looking at the script we soon had the parts allocated and set about learning the songs.’

What did the children at Stannington First School get out of it? ‘Collaboration, confidence in performing, listening skills, learning things by rote, just having fun!’

I am not sure what 3P Learning paid for the endorsements but one pupil at Hovingham Primary School in Leeds reckons that Mathletics is better than Foxy Bingo and another likes it more than Facebook.

Mathletics is a very popular resource used by more than 5,000 schools in the UK and since 2007 has run World Maths Day an online international mathematics competition.

This year The World Education Games is due to take place 13-15 October 2015 with some exciting new features – see http://www.3plearning.com/worldeducationgames/  for more information and to pre-register your interest.

Jayne Warburton, CEO at 3P Learning, is promising some big name celebrity ambassadors over the coming months so sign up and start practising and perhaps your students will become walking advertisements for the Magic of Mathematics.

It’s My Money Week and I have been hounding the good people at pfeg, the UK’s leading finance education charity for some case studies. From September financial literacy is going to be a compulsory element of the National Curriculum- and about time too.

I have talked to three schools which are all creating innovative projects for young people who are out of mainstream education and it is heartening to see how committed teachers are to developing money sense in the next generation.

The trouble is that so many of the resources schools have do not accord with life in the UK today. Budgeting and savings advice are all very well but they depend upon you having money to start with.

For those families trying to find their way through the maze of benefits there are no easy answers. If you are subject to the bedroom tax do you:
1 Move house and incur all those moving costs?
2 Stay put and lose 14% from your benefits?
3 Get a payday loan to tide you over and get a takeaway to cheer yourself up as you won’t be going out?

Pfeg and Money Saving Experts are doing an amazing job but it is an uphill struggle. Look at what Oxfam said last week:

‘Food banks are reporting that most of those accessing their services are low income families in crisis, many of which are working households. 62% of children in poverty are living in families where at least one parent has a job, indicating that wages are too low and that current Minimum Wage legislation is not adequate to lift people out of poverty through work.’

Springfields Academy won the TES Special Needs School of the Year 2012 at a ceremony at the Hilton Hotel in London and to cap it all they also won Overall Outstanding School of the Year award too.
Springfields Academy in Wiltshire is a mixed school for 76 pupils aged 7 to 17 years who have emotional, behavioural and learning difficulties. They board 5 days a week and either go home or go into other residential accommodation at weekends and during holidays. It also provides vocational tuition for up to 500 pupils from both mainstream and special schools.
Head teacher Trystan Williams believes that the school should help the pupils to achieve more than they ever thought possible. The school is well known for being Extreme – in the best possible sense. 10 pupils took part in The Hottest Classroom, one of a series of observational documentaries under the banner of ‘The Extreme Classroom’ broadcast by the BBC. They challenged themselves with a nine day trek across the floor of the Great Rift Valley in Tanzania in 40 degree heat. This was their second extreme challenge as a group went to the Arctic, to The Coldest Classroom where they learnt to walk on icefields, camped in sub zero temperatures, tracked two polar and walked for several hours on glaciers.
The school has many children with dyslexia and dyspraxia and was one of the first to adopt the Dore Programme for its pupils. This is an exercise programme designed to stimulate the cerebellum and improve balance, coordination, eye tracking and concentration.

Now the school has its own Dore room where pupils work on exercises for 10 minutes in the morning and 10 minutes in the afternoon. Williams is determined that children who lag before will not just catch up with the rest of their class but will build their skills to such an extent that they are turned onto learning and enjoy school.

Pupils at Springfields Academy were delighted with the two awards. “When I told the students we had won the awards, our Head Boy said to me that if everyone is saying he goes to a good school then he must be a good boy. The recognition amongst peers at other schools and from TES and the Department for Education is a big deal for them.”