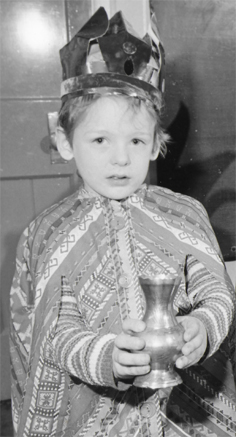 Often described as a visual thinking tool, MindView encourages learners and teachers to structure information in different ways so they can see the whole, the different parts and the connections in between.

It is well known that the visual approach of mind mapping can help the 10 to 15% of the population who have dyslexia or associated Specific Learning Difficulties (SpLD), but it is also a wonderful tool for EAL students and those still to develop full fluency in English who will find that the visual representation of knowledge is so much easier for them to understand and recall.

To help schools and colleges not yet up to speed with mind mapping, Matchware’s manager David Kidd offers these top tips for introducing it into the classroom:
• Fire up your students: MindView is an excellent notetaking and idea generation tool classroom that encourages students to brainstorm and organise ideas for written documents and presentations. As a starting point choose a topic where students have prior knowledge or strong opinions and can collaborate.
• Think visual: Young people switch off if they are listening for too long. Mind maps often work better than linear presentation slides but for maximum effect incorporate pictures, colours, different fonts or text styles to make the ideas stand out.
• Expand and contract: Remind students that they need to crystallise their thoughts into a word or key phrase, a picture or symbol, a vital skill in an age where we are all overloaded with information. Then show them how to build on key words to create fuller accounts or more detailed work, gathering examples and evidence.
• Stretch the mind: Mind mapping helps us to gather, sort, structure and create in different ways. It also is a great aid to memory and learning. Once you have a fairly detailed mind map, switch off the screen and ask students to recall sections.
• Use MindView in the flipped classroom: It is often hard for students to evidence the work they have done before coming to the classroom and for students new to English it is a good way for them to process and interact with language and build their comprehension skills alongside curriculum learning.
• Try mind mapping as a planning tool: Teachers tell us that they use MindView to help with lesson planning, report writing and for curriculum planning, using the built in Gantt chart and Office integration. This gives them a clear visual overview of what needs to be covered.
• Make MindView a regular feature in the classroom: Mind mapping should not be a one-off. Plan to use it regularly for several weeks so it is seen as an accepted strategy in class and not as something special.

There are so many advantages to incorporating mind mapping into teaching and learning. Find out more from the MindView team on stand C142 at the Bett show https://www.matchware.com/mind-mapping-software

Music is no longer just about playing instruments or singing. Many careers now require  young people to be familiar with industry standard music technology and this is where so many schools fall down.

Not so Gable Hall in Essex, a performing arts school, part of the ORTU Federation, where almost every year group routinely uses the technology for composing, performing and recording.

This has paid off. As well as achieving academic success – a 100 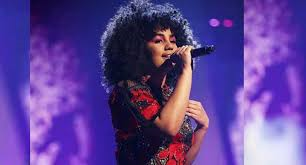 % pass rate in Music GCSE – students have gone on to greater glory with Louisa Johnson winning the X Factor in 2015 and Ruti Olajugbagbe winning The Voice UK in April 2018.

‘The profile of music and our students’ success is largely attributable to the excellent facilities. We try to get every year group to use the technology and get them doing sequencing and composing on the computer,’ said Faye Beamish Head of Music, Ortu Gable Hall. ‘It is really important that the technology is seamless so lessons run smoothly and the young people can just get on with making music.’ 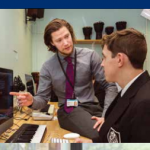 Their technology is supplied and managed by Counterpoint Ltd, and means that the students are building the skills they will need when working in professional recording studios in the future. It also gives the staff and students confidence: ‘When the music technology works in the classroom – put simply – we can then focus on what we do best,’ said Beamish.

As well as producing stars of tomorrow – or even today- Ortu Gable Hall runs a roadshow every year where the students go out and perform their best work in local schools putting into practice what they have learned in the classroom. This helps to build student confidence performing in front of large audiences.

They have been shortlisted in the Impact Award category of the BETT Awards 2019. See their video entry here – bettawards.com/impact-award-2019-finalists/ 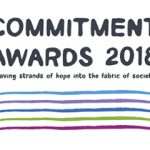 Looking for awards to celebrate the achievement of some of those who work with children and young people?

The UK office of an Israeli charity called WIZO (www.wizo.org) has just launched its 3rd annual Commitment Awards which recognises people committed to using their skills and opportunities to address the needs of others. They are looking for individuals who can be of any race, religion or gender and nominations close on Wednesday 31 January 2018 so get your skates on.

The nomination process is quick and simple – just one form which you can download here:
https://drive.google.com/file/d/0B_s72CMa3fS6ZWtRVWpETXMxRFE/view

There are a total of 15 categories but here are some that might be of particular interest: Commitment to Education – Early Years’, which acknowledges an organisation, institution, teaching professional or childcare provider in early childcare and education services. Nominees will have generated exceptional spirit and energy in providing better experiences for children and families and will have made an outstanding contribution to the early years.

‘Commitment to Vocational Training’, which acknowledges an individual, programme or centre for education with a proven record of encouraging and believing in students who cannot easily be integrated into a regular educational framework. The successful nominee will have given students the tools to develop individual talents, reach their potential and to leave school to become skilled employees.

Commitment to Strengthening Parenting Skills
This Award recognises a practitioner, programme or facility that has been successful in educating, nurturing or counselling parents, giving them the support and tools to strengthen their parenting abilities and ensure family welfare.

‘Commitment to the Betterment of Others’, which acknowledges an individual aged 16-25 who has given time, selflessly, to make a difference to the lives of those around him/her. Examples could include those who have run fundraising events, worked on community-based projects or made time to leave a mark on someone else’s life.