According to experts, one in 10 children aged 5-16 has a clinically diagnosed mental health disorder and around one in seven has less severe problems that still affect how they feel, their relationships with family and friends, their education and job prospects.

Some will get suitable treatment though psychologists, CAMHS (Child and Adolescent Mental Health Service) or through the NHS and as adults will be able to look after themselves, hold down a job and raise a family but some will have more intractable conditions such as severe autistic spectrum conditions and will need the intervention of specialist services which can provide intensive mental health support, care and accommodation.

Charlie was sectioned in 2005. He is now 34 and has learning disabilities and severe autism. He has limited verbal communication and it is often difficult to interpret the sounds he makes. He expresses his displeasure and anger by smearing faeces over the wall and ceiling and urinating in public. He also vomits a lot – up to 70 times a day. Sometimes this is a physical reaction to food but he also does it when he is frustrated.

But while Charlie has major physical, mental and emotional issues, he is one of the lucky ones. He lives at Options Malvern View, part of the Outcomes First Group, a well-established, specialist residential service accredited by the National Autistic Society.

After accommodation in other settings broke down, Options built Charlie a single occupancy flatlet where he has his own bedroom, bathroom, lounge, kitchen area and garden. It was a major undertaking. They couldn’t have skirting boards because he was strong enough to rip them off and use them as a weapon. The walls had to be scrubbable to keep the accommodation hygienic.

Staff work in pairs with Charlie around the clock and are using symbols systems to help address some of his communication needs. They have also weaned him off Coca Cola and adjusted his medication so these days he is calmer and able to take in what is going on around him.

‘The change in Charlie has been quite dramatic,’ said Nick Waller, house manager at Options Malvern View. ‘We have had far fewer violent incidents, less destruction of property. Soiling only happens a couple of times a week, usually when he is anxious, and he only vomits a few times a day.’

While Charlie will never live independently, hold down a job or get qualifications. Options can help him develop communication and some basic life skills so he will be able to lead a more fulfilled life.

The announcement that we are to have a general election on 8 June has thrown many campaigns into disarray.

The petition Make mental health education compulsory in primary and secondary schools needs 100,000 signatures to ensure it can be considered for debate in Parliament. So far over 75,000 people have signed it.

Originally the organisers had until 6 July to meet the target but the snap General Election means they now only have until next Wednesday 3rd May. 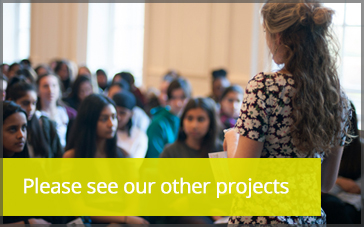 The mental health charity The Shaw Mind Foundation (SMF) and HealthUnlocked, a social network for health, have joined forces to promote HeaducationUK

This sets out to:

• Help prevent the development of mental ill health in children and teenagers
• Decrease the vast numbers of children and young people suffering from mental illness
• Rid our society of the ‘sticking plaster’ approach that the UK government have long adopted when trying to deal with mental illness in children and young people
• Educate our children and future generations for a happier and healthier adulthood
• Take a huge physical and financial strain off the NHS, CAMHS, social services and teachers
• Create huge advantages for the UK economy and industry for decades to come
• Normalise mental health issues as an accepted human condition so that children will feel confident enough to open up to each other and those who care for them Enable a more proactive society in addressing mental health issues, giving children the ability and confidence to speak out during their childhood and indeed into adulthood, as they go into the workplace and have their own families